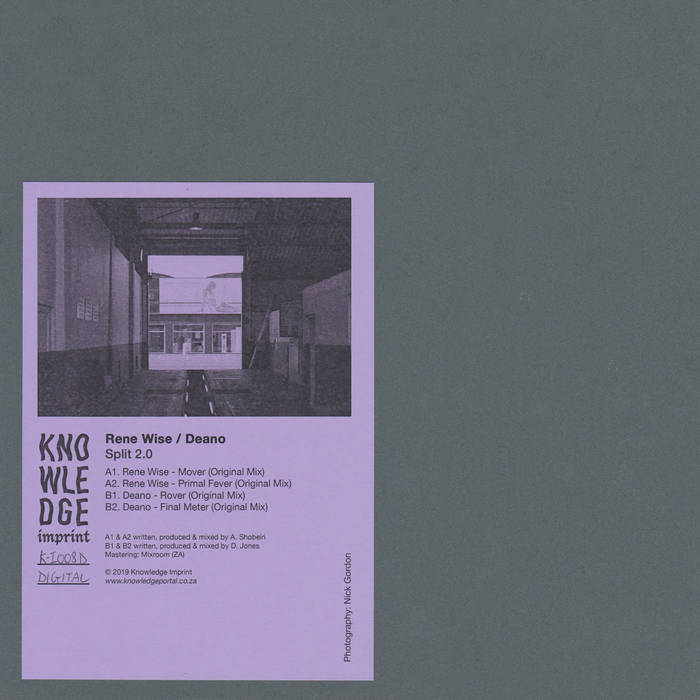 For this second split release on the label, Knowledge Imprint is proud to welcome fast-rising UK talent Rene Wise to showcase his sonic vision alongside label owner Deano. As one of the newest additions to Luke Slater’s Mote Evolver, his production and DJ skills are already highly regarded. With a keen ear for sharp and precise grooves, his tracks make for the perfect pairing with Deano’s b-side offering.

From the first bar, ‘Mover’ locks you into a signature Rene Wise groove. A thumping kick and gently automated percussion build continuously as new layers and textures enter the stereo field. As the tension builds, a hypnotic synth stab begins to creep in whilst the galloping percussion rolls forward - a great tool for any extended transition. Paired with this is ‘Primal Fever’, the angry sibling. Wasting no time, the track lifts off with high energy drum patterns and a loopy synth stab. With elements reminiscent of early 90s tribal techno, this one is a full power assault ready to ignite the listener. Deano’s tracks maintain a similar approach. ‘Rover’ is grounded on a sub-heavy loop over which an FM synth sequence patiently unfolds. With only subtle shifts in percussion and synth automation, this one aims to induce a feeling of hypnotism with a rock-solid groove. On the other hand, ‘Final Meter’ ramps up the BPM opening with a funky kick and bass pattern. As the arrangement progresses, synth sounds begin to open up and percussions become more frenetic ending the release on a high note.

Bandcamp Daily  your guide to the world of Bandcamp